What Prime Minister Liz Truss means for the property sector

Liz Truss has become the next Prime Minister of the United Kingdom after defeating Rishi Sunak in the Conservative leadership contest. With the country gripped by rising inflation and haunted by the looming spectre of recession; the new resident of Number 10 is set to have her work cut out for her.

During her campaign for Prime Minister, Liz Truss promised to double down on levelling up and launch a new industrial revolution. In tackling the financial crisis, the new leader has emphasised her plans to remove planned increases in corporation tax and reverse other planned rises, including a payroll tax.

Commercial property will play a key role to play in a new leadership strategy focused on economic growth. In this week’s blog, we’re exploring the impact the new Prime Minister will have on the property sector and what the new leader could do to help businesses across the country.

During a period of worldwide uncertainty, property decision-makers will be looking to the new leadership for clarity. With so many sectors competing for the PM’s attention, the property industry will need to work extra hard to ensure that its suggestions and requests are heard.

In relation to housing, solving the problems that surround planning should be one of the PM’s top priorities. Recently, the government have focused on home ownership – the property sector is therefore urging them to divert their attention to the increasingly sparse rental sector. Experts are encouraging the government to invest in professionally managed, institutionally funded rental accommodations, such as single-family or build-to-rent homes.

The future of Boris Johnson’s ‘levelling up’ pledge has been called into question upon Ms Truss’ ascension to leadership. Despite this, industry leaders remain optimistic that the new Prime Minister will continue her predecessor’s pledge to devolve power. This will enable local communities to lead urban regeneration and high street revitalisation by supporting the growth of local jobs as well as the recovery of city and town centre commerce.

By delivering the originally promised regional revival policies, the Prime Minister would help the high streets that have suffered a significant decline in recent years. Disaffected city centres in the North West, Yorkshire and North East could be rebuilt and revolutionised with a new system of devolved regional planning. 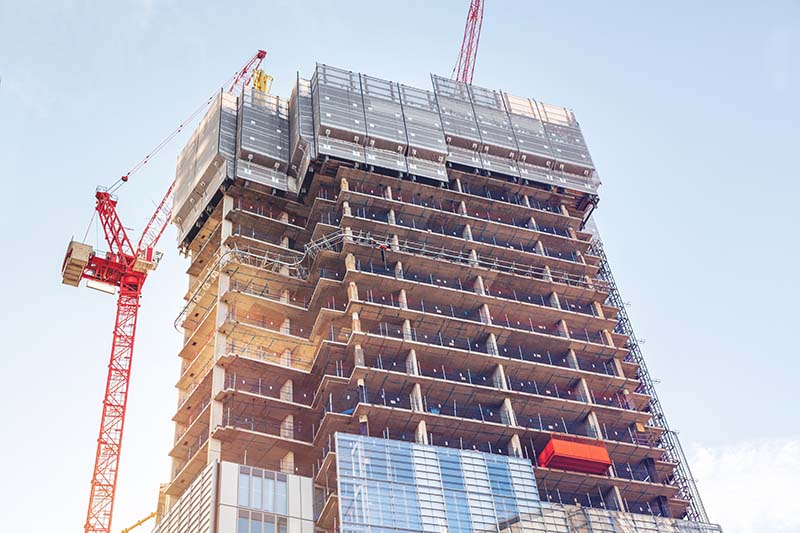 Although Liz Truss has backed the Boris Johnson’s Net Zero pledge, she has said during her campaign a moratorium would be imposed on the green energy levy. This would enable businesses and industry to thrive while looking at the best way of delivering Net Zero.

Currently, a quarter of UK greenhouse gas emissions originate from the UK’s building stock.  Businesses across all regions of the UK are keen to see meaningful progress made on this government’s Net Zero commitments – as are Tory supporters. According to a recent poll, nearly half (41%) of Conservative voters say they would be less likely to vote for the party if they scrapped their Net Zero target; hence why this strategy should remain a focal point for Liz Truss’ government.

At Targetfollow, we are optimistic about Ms Truss’ premiership and believe that by working closely with industry leaders, the new Prime Minister will harness the power and potential of the property sector to deliver the homes, work, retail and leisure spaces. These will revitalise our town and city centres and underpin our future prosperity as a nation.